Ammonia (NH3) is one of the most commonly produced industrial chemicals. It is used in industry and commerce, and also exists naturally in humans and in the environment. Ammonia is essential for many biological processes and serves as a precursor for amino acid and nucleotide synthesis. In the environment, ammonia is part of the nitrogen cycle and is produced in soil from bacterial processes. Ammonia is also produced naturally from decomposition of organic matter, including plants, animals and animal wastes.
Some chemical/physical properties of ammonia are:

What is ammonia’s mechanism of action?

How is ammonia exposure treated?

There is no antidote for ammonia poisoning, but ammonia’s effects can be treated, and most people recover. Immediate decontamination of skin and eyes with copious amounts of water is very important. Treatment consists of supportive measures and can include administration of humidified oxygen, bronchodilators and airway management. Ingested ammonia is diluted with milk or water.

What are the immediate health effects of ammonia exposure?

Inhalation: Ammonia is irritating and corrosive. Exposure to high concentrations of ammonia in air causes immediate burning of the nose, throat and respiratory tract. This can cause bronchiolar and alveolar edema, and airway destruction resulting in respiratory distress or failure. Inhalation of lower concentrations can cause coughing, and nose and throat irritation. Ammonia’s odor provides adequate early warning of its presence, but ammonia also causes olfactory fatigue or adaptation, reducing awareness of one’s prolonged exposure at low concentrations.

Skin or eye contact: Exposure to low concentrations of ammonia in air or solution may produce rapid skin or eye irritation. Higher concentrations of ammonia may cause severe injury and burns. Contact with concentrated ammonia solutions such as industrial cleaners may cause corrosive injury including skin burns, permanent eye damage or blindness. The full extent of eye injury may not be apparent for up to a week after the exposure. Contact with liquefied ammonia can also cause frostbite injury.

Ingestion: Exposure to high concentrations of ammonia from swallowing ammonia solution results in corrosive damage to the mouth, throat and stomach. Ingestion of ammonia does not normally result in systemic poisoning.

What’s in the mews 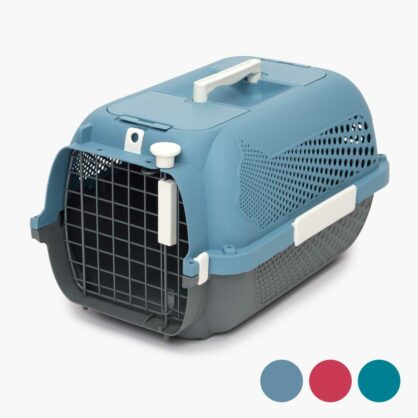 Our office cat Pixi is ready for summer! How do you prepare your cat for summer?

What are you looking for?